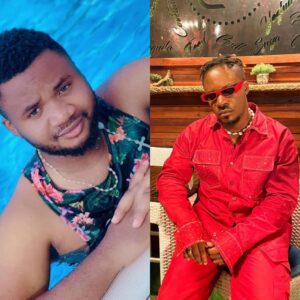 Popular brand influencer and Deputy General Manager of Ice Nation Record Label, Bros Effizy has earlier today linked up with Superstar Jaywon in Dallas city in the state of Texas in commemorating the memorial of those who lost their lives during the 2020 EndSars Protest at Lekki Toll Gate in Lagos, Nigeria.

2020 was a rather dark year in the history of the country has a lot of youths who voiced out against the brutality and wrongdoings of the police, especially the SARS were killed during the protest.

According to reports, the peaceful protesters were attacked late in the night by some unknown military men after the lights were turned off at Toll Gate. Many youths were killed in the process and justice remained unserved to the perpetrators.

To mark the bravery of the fallen heroes, the 20th of October has been set aside by youths within and outside the boundary of Nigeria to remember the events at the Toll Gate. “A day Nigeria betrayed her people” as it is popularly termed. 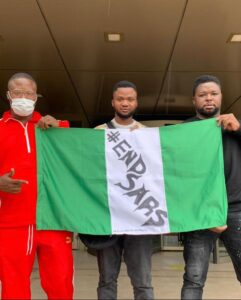 Bros Effizy and Jaywon also participated in the solidarity memorial by teaming up in Dallas. We guessed they might also be up to some collaborations since such meetups are rare.

Anyways, time only can tell and we also stand with the fallen heroes. One day, our voices will be heard.